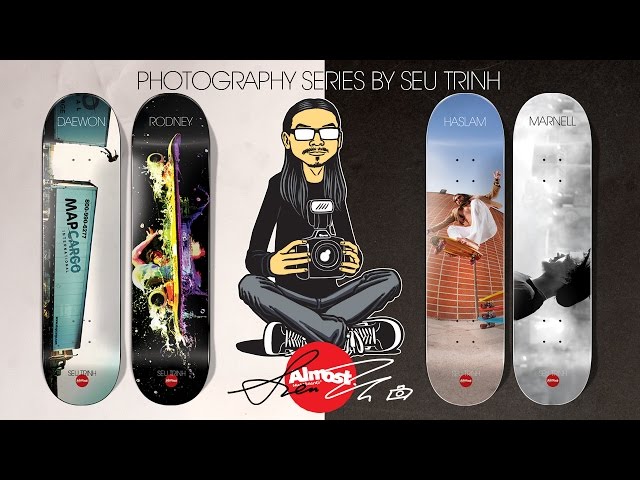 You’ve been shooting skate photos for a long time now. How did you get into it?
Taking art classes in school, taking my dads point and shoot around shooting the homies. Then the homies introduced me to sponsored skaters, which then some of them got used for ads. After that I would start sending my photos to all the magazines. I got a call from Grant Britain at Transworld and he told me that World Industries was hiring a photographer. I applied and got the job. That’s how I meet Daewon and Rodney. Rodney is the one that interviewed me and hired me.

What’s the reason you have such a deep history with the Almost guys?
I would see Daewon around before I got the job at World. After I got hired I was magnetized about hanging with Daewon, Shiloh and the whole World team, which later turned into the Deca team then some of them guys went to the Almost team. During that time, Cooper lived with me and Haslam would stay at our place for months and months on end. I clicked with them more then most of the other riders from dwindle.

For a while you where Rodneys only photographer he would shoot with, Why?
Yeah, I was flattered… I’m all giggly about it. I guess he trusted me with the photos. I wouldn’t leak them out or sell them to other people to make a profit. I would hold on to them for him. He felt comfortable hanging out with me, and we got along well with him. I love hanging out with Rodney.

How did you end up deciding on the final images for these boards?
To me those are my more favorable photos I took of the guys over the years. They were not necessarily the hardest tricks of all time but they more memorable moments to me. Like the Haslam Gorilla grab, working with him and making more of a 70’s style with the plastic boards and dressing him up. The Daewon panoramic photo fit real nice on a skateboard, The Rodney photo was a no brainer, and Lewis was more heavenly looking.

You always paint the boards you skate all Black or all White. Is that why you choose to have these full dipped?
Yeah, I like them all painted, its a more simple look to the board, its cleaner, ages well. 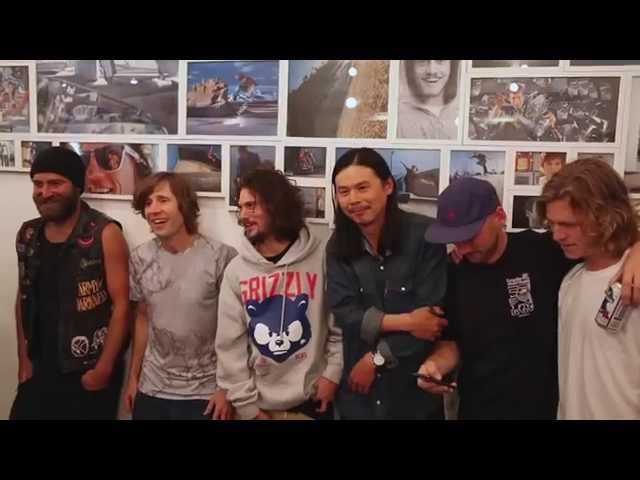